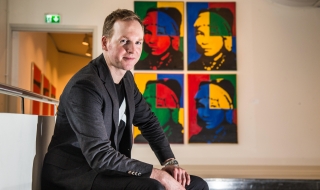 It was a performance waiting to happen, says director at Nordnorsk Kunstmuseum Jérémie McGowan. 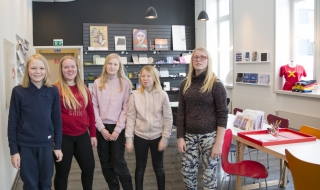 As many as 849 children have been visiting the museum so far this year. 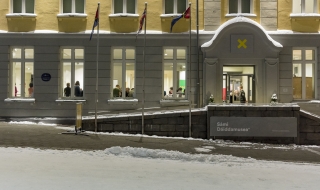 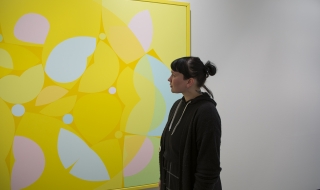 Performance-and installation artist Marita Isobel Solberg is director at Sámi Dáiddamusea for two months. She's praying for it not to go away. 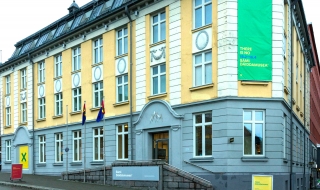 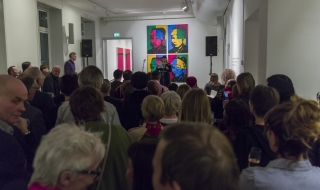 The opening speech by the director

Marita Isobel Solberg held a speech in English and Sámi 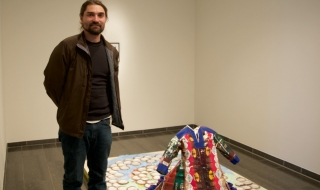 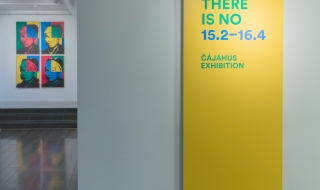 Nominated as Museum of the Year

Nordnorsk Kunstmuseum is nominated for the second time as one of three finalists for the Norwegian Museums Association’s “Museum of the Year” award. 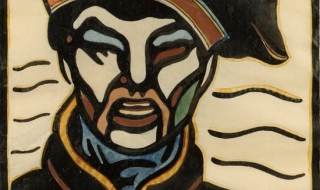 The John Savio Award will be presented for the second time in 2017 and carries a cash prize of 150,000 Norwegian crowns 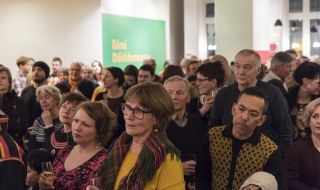 It was a full house last Friday 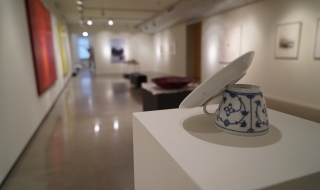 Sámi Dáiddamusea is a museum performance by RiddoDuottarMuseat and Nordnorsk Kunstmuseum.

For two months in 2017, Nordnorsk Kunstmuseum ceases to exist. In its place a fiction emerges, physically and conceptually transforming Nordnorsk Kunstmuseum’s premises at Sjøgata 1 in Romssa (Tromsø) into a possible Sámi Dáiddamusea (Sámi Art Museum). This performative shift is achieved through alterations to Nordnorsk Kunstmuseum’s interior and façade, the display of another collection of art, and the creation of a graphic identity, communication platforms and museum-related ephemera such as postcards, posters, business cards and assorted merchandise.

The result is a form of alternative reality. In this alternative reality, Sámi Dáiddamusea opened its doors on 15 February 2017 with the inaugural exhibition There Is No. The exhibition presents a selection of works from the collection of Sámi art held by RiddoDuottarMuseat in Kárášjohka (Karasjok), Norway, and is accompanied by a program of seminars, workshops and other research and public outreach activities. Sámi Dáiddamusea disappears again on 16 April 2017.

The idea for a museum dedicated to Sámi art originated in the 1970s, within the context of the Sámi rights movement at the time. Plans for what would become Nordnorsk Kunstmuseum also surfaced in the 1970s, as part of the Norwegian government’s “distriktspolitikk” (regional policy) of the postwar period. Nordnorsk Kunstmuseum went on to be founded in 1985, opening to the public three years later in 1988, while the art museum that has long been envisioned by the Sámi artistic community, museum sector and society at large has yet to be realized.

As a museum performance, Sámi Dáiddamuseum engages directly with these two institutional trajectories. It probes what museums are, what they do, and how they behave, both within a Sámi/Norwegian context and beyond. It targets ongoing national and international debates about nation building and cultural politics, and has relevance in 2017 with regards to the recent 200-year jubilee of Norway as an independent nation (1814/2014), and this year’s centennial jubilee (1917/2017) marking the first Sámi congress held in Tråante (Trondheim). In this context, Sámi Dáiddamusea raises timely questions about the general absence of Sámi art within Norwegian arts institutions and, by extension, Norwegian art history more broadly.